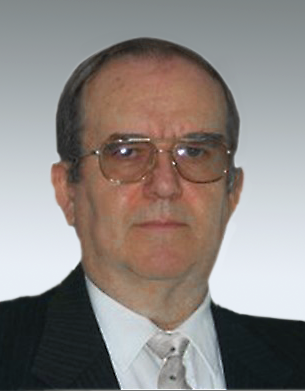 Eldon has over 40 years of professional experience covering a broad range of geotechnical engineering, tunneling, transit, marine facilities, and large subterranean structures. Prior to joining Reliance, Eldon was Vice President, Principal Project Manager, and Senior Professional Associate with Parsons Brinckerhoff. Over his career, he served as the Project Manager and/or Technical Director of such noteworthy projects as the tunnel crossing under the Main Shipping Channel in Miami’s Biscayne Bay on behalf of the Florida Department of Transportation (FDOT); design and construction phase services for the North Dorchester combined sewer overflow (CSO) tunnel in South Boston; Construction-phase services for the Boston Harbor Effluent Outfall Tunnel, which, upon completion, was the longest single-entry tunneled outfall in the world; underground portions of a $96 million healthcare facility with a five-level underground parking garage; design of the award-winning 1,400-car, seven-level underground Post-Office Square Parking Garage and Urban Park in Boston. Eldon also authored the section on “Preparation of Contract Documents for Subsurface Projects” in the text Subsurface Conditions, Risk Management for Design and Construction Management Professionals published by John Wiley & Sons, Inc. in 1998.

SR99 Deep Bored Tunnel, Seattle, Washington: Task Lead for the Design-Build Criteria documents on behalf of WashDOT for this $1.9 Billion, 50-foot internal diameter highway tunnel where the roadways are stacked one over the other, with two lanes in each direction. The tunnel is approximately 2 miles long and will replace the aging Alaskan Way Viaduct that was damaged in a recent earthquake. The Design-Build contract was awarded in 2010 and the tunnel construction is currently underway.

Port of Miami Vehicular Tunnel Design/Build/Finance (P3), Florida: Project Manager for the preparation of Design Build criteria documents for the Concession on behalf of FDOT for twin 42-foot diameter vehicular tunnels linking the Port of Miami with interstate highways I-395 and I-95 in downtown Miami. The project will provide improved port access for vehicular traffic and consists of two 3,000-ft long, two-lane tunnel crossings under the main shipping channel between the MacArthur Causeway on Watson Island and the Port of Miami on Dodge Island, all located in Biscayne Bay. Technical challenges included the control of groundwater during excavation for cut-and-cover approach tunnels, finding and filling of voids or very loose sand layers in the limestone bedrock lying in or just below the tunnel horizon that could endanger the tunnel boring equipment during construction and grouting of voids in this vuggy bedrock to seal water inflows. Project was completed in 2015 and is now open to traffic.

North Dorchester CSO Tunnel, Boston, Massachusetts: Project Manager for the design of a 17-ft diameter soft ground tunnel for the MWRA for storage and pumping capacity to enable the permanent closure of seven combined sewer outflows into North Dorchester Bay within Boston Harbor. The CSO tunnel was driven in soft ground consisting of mostly glacial outwash sands and gravel and glacial marine clays, primarily Boston Blue Clay. This 11,100-ft long $150 million tunnel has a crown depth of 25 to 55 feet below ground surface and was constructed using an earth pressure balance tunnel boring machine (TBM) and precast concrete segmental gasketed, bolted linings. The proximity of the Atlantic Ocean and the presence of hydrocarbon pollutants from neighboring petroleum storage facilities required limiting drawdown and water infiltration. Connections between the existing CSO outfalls and the new tunnel consists of helicoidial-ramp type dropshafts to minimize need for deaeration chambers and the length of connecting pipes between the tunnels and dropshafts.

Harvard Square Station, Cambridge, MA: Supervising Engineer for the construction-monitoring program. Involved field measurements of ground movements and construction loads during station construction to give advance warning of conditions that might damage nearby buildings. Also served as a geotechnical engineer for the design of the station, including evaluation of subsurface environs for slurry wall excavation, preparation of a geotechnical design summary report, and specifications and programs for building protection during construction. This project marked the first use of slurry walls as part of a permanent transit structure.

Post Office Square Park & Garage, Boston, MA: Project Manager for the design of a 1,400-car, seven-level, underground parking garage in the heart of Boston’s financial district. Services included civil, traffic, permitting, construction services and geotechnical engineering as well as coordination of the landscaping and architecture for a 1.7-acre street-level park. Construction of the garage employed the top-down method and required extensive monitoring of perimeter slurry wall for lateral movement. The roof of the garage is a richly landscaped urban park. The project, completed in 1990, has won several awards including the Grand Conceptor Award from the American Consulting Engineers Council of New England.

← Back to Our Team